You are here: Home1 / The Bernstein Network2 / Awards and Initiatives3 / Brains for Brains Young Researcher Award

Since 2010, the Bernstein Network Computational Neuroscience presents the Brains for Brains Award, which recognizes the special achievements of young scientists who have shown their outstanding potential at a very early career stage – even before starting their doctoral studies. It is one of two prizes awarded by the Bernstein Network. This award aims to attract young international researchers to Germany.

International applicants should plan to pursue a research career in Computational Neuroscience to be eligible for the award. They should at least have have one peer-reviewed publication as co-author or peer-reviewed conference abstract as first author. These must have been submitted before applicants started their doctoral studies as well as accepted or published in the year or preceding year of the call for applications.

Since 2017, the award is presented on a biennial basis, alternating with the Valentino Braitenberg Award. It is endowed with a travel grant of 2.000 € allowing the awardee a one-week trip to Germany including individually planned visits to laboratories within the Bernstein Network Computational Neuroscience. The award ceremony takes place during the Bernstein Conference when the young scientists will present their research in a short talk to the scientific community. 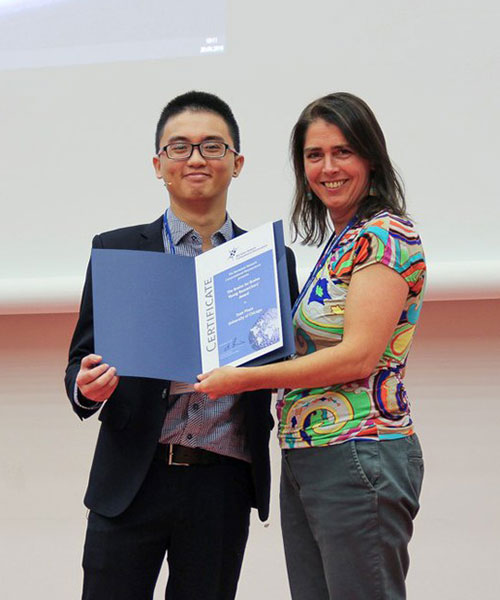 The Brains for Brains Award 2022 goes to Simone Azeglio aus Italien! The award ceremony will take place on September 16 in the context of the international Bernstein Conference in Berlin.

Scroll to top
Cookie-Zustimmung verwalten
We use cookies to optimize our website and our service.
Manage options Manage services Manage vendors Read more about these purposes
Settings
{title} {title} {title}