The Conference Dinner is the place to meet old friends and connect with new partners in an informal surrounding. Enjoy a good meal and drink a toast to the Bernstein Conference with us.

Please note, capacity is limited to 250 persons. Make sure to reserve your place when registering for the Bernstein Conference.

How to get there

The restaurant, situated in of Berlin’s major industrial sites, provides a spectacular ambience and atmosphere.
The pump station VII at Lützowstraße is an example for a key waste water pumping plant dating back to the times of the construction of the first comprehensive sewage system for Berlin.

It was at the core of „Radial System VII“, a system of canalisation which covered an area which stretched beyond the city limits of late 19th century Berlin, including adjacent suburban areas such as the northern part of what is now the district of Schöneberg up to Grunewaldstraße, and the east of the Charlottenburg district to „Bahnhof Zoo“ railway station.

Pump station VII was taken out of service in the 1970s. All pumps were dismantled except for one, which was meticulously restored and listed as a historical monument. 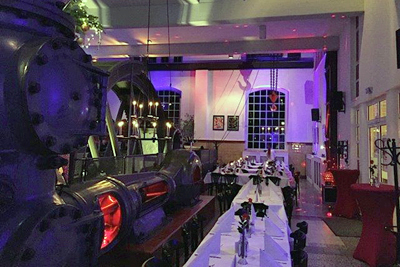 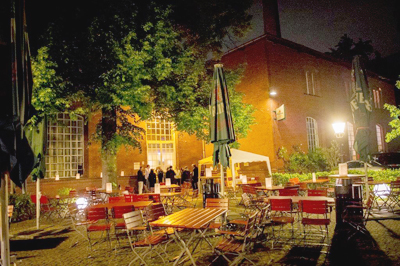